Designed for the latest digital IP broadcast networks, Genie Distribution is the most feature-packed audio distribution codec with multiple levels of power, audio and network redundancy.

Genie Distribution is the world’s most powerful audio codec for IP audio distribution applications. It also supports a range of innovative solutions over connection transports including IP, ISDN and POTS.

Genie Distribution is also capable of:

An automated network failure detection feature provides switching to a backup IP LAN connection. You can also fail over to backup ISDN or POTS connections as required using optional ISDN or POTS modules.

As an IP audio pioneer, Tieline was the first major codec manufacturer to integrate SmartStream features such as Automated Jitter Buffer management, Forward Error Correction (FEC) and error concealment techniques in all IP codecs. These features dynamically respond to variable conditions over unmanaged IP networks like the public internet to ensure reliable streaming.

Now SmartStream PLUS has revolutionised IP broadcasting by delivering the rock solid and reliable STL-grade audio quality you would expect over a T1/E1 link by using inexpensive unmanaged IP networks like the internet for STLs, audio distribution and remotes.

Save Money Now with SmartStream PLUS Redundant Streaming

Some other manufacturers charge thousands of dollars for IP management software like SmartStream PLUS as if it’s an optional extra. However Tieline believes high performance and STL-grade rock-solid reliability is an essential part of each and every broadcast, and delivers its renowned SmartStream PLUS as standard in Tieline Genie Distribution.

Tieline can show you how an investment in new codecs will pay for itself in just a few months by using SmartStream PLUS over inexpensive IP links to transport STL-grade, high fidelity audio at a fraction of the cost of synchronous leased lines. With SmartStream PLUS:

Genie supports both IPv4 and IPv6 (Dual Stack) protocols, so broadcasters can be assured that they have made a smart investment for the future as new networks and technologies emerge over time. Connect over IP with any SIP-enabled IP codec brand that supports the EBU N/ACIP tech 3326 standard, as well as VoIP telephone devices supporting G.711 and G.722. 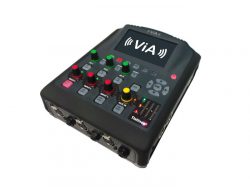 It’s time to reimagine remote broadcasting with the definitive remote… 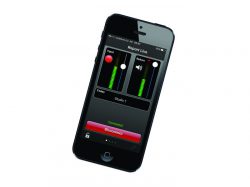 Report-IT changes everything - will YOU be First to Report… 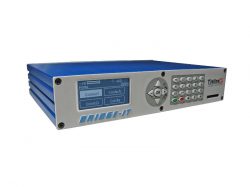 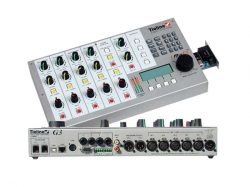 Tieline i-Mix G3 is the worlds most advanced IP codec… 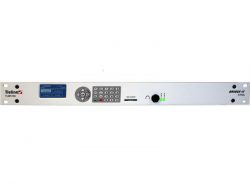